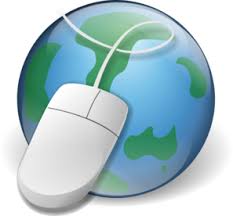 I taught a one-on-one ExtendSim class a few weeks ago.  The student asked about ONLINE resources a new modeler should be aware of.  Great question.  It was an interesting discussion I want to share.

One of the online resources I suggested was the Winter Simulation Conference Proceeding archives. Coincidentally, I noticed that the proceedings from the last conference (2017) has recently been posted.  There are papers on basic simulation concepts that is a must read for everyone!  Even for the advanced modeler, these concepts are a great refresher from time to time.  Here is the short list of suggestions.

Winter Simulation Conference Proceedings (https://informs-sim.org/)
There are also many advanced topics that I think are interesting that you can find information on WSC.  I recently become interested in agent based simulation.  I attended several presentations on this topic this past year at WSC.  After attending these presentations and doing some studying up on the topic, I built an ABS model myself in ExtendSim.  I discovered ExtendSim was a great fit for a certain type of agent based models.  I used some of the advanced database features along with the Queue Equation block and the Query Equation blocks.  If anyone is interested in agent based modeling then I suggest you look up the WSC paper below and look for other good articles on the WSC website.
I also pointed out to my student there are lots of papers on actual customer models.  We did a search together on the site and found his company had published a few papers on WSC about a decade ago.  What a coincidence.  It turned out to be a great resource for him.

Here are other great online resources.
You might be reading this post on either Linked In or the Blogspot - so you might know about one and not the other - so I posted both.  And if you have other online resources that I have not mentioned then please share by adding it to the comments!
By Robin - April 25, 2018 1 comment: